RAM is the short term memory of your computer. When someone asks, what is computer RAM, they generally get the answer that it stands for Random Access Memory. But what is that really? It’s the same type of memory you use when you are carrying a digit while multiplying in your head. Or what lets you remember a phone number before writing it down.

It’s used for short term purposes, to ‘hold information’ in a way that is fast, but not long term. Sometimes a good way to understand something is to oppose it to something else. RAM memory is different than ‘hard drive memory’ in that our hard drive is like our long term memories. They can be hard to draw up and hard to remember. RAM is short term, it’s quick to remember but not meant for long term.

What does RAM Memory Do? 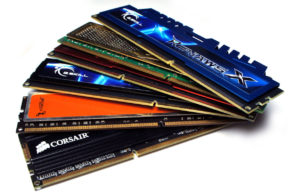 When you watch a streaming video, RAM is keeping the latest bits of video ready for you to see. When your browsing Facebook on your phone and you get a message that a new email came in, your RAM is ‘holding’ the information of Facebook while you look at your message.

The function of RAM is to load all the instructions that your computer will execute. These instructions come directly from the operating system, connected devises, hard drives and all the equipment connected to the machine.

The reason for the term ‘Random’ in the name is that it allows read and write access without requiring a sequential ordering of data.

How Important is RAM Memory?

Without RAM computer instructions and information would all have to come from the hard drive, which is much slower to access than random memory. So really it is one of the most critical components in your computer and can be the source of a fast, or conversely slow computer.

Does my Computer Have RAM?

Yes, virtually all modern computers have RAM. The JEDEC is the organization in charge of providing the standards related to computer RAM. There’s ‘regular RAM’  and there’s ‘Video RAM’ sometimes known as VRAM or GRAM (graphics RAM). Higher end computers many times carry both regular and graphic or video RAM. Within each type there’s subgroups, a few examples of this;

There’s two ways to know how much RAM you have. One way is to open your computer and physically look at it. Most of the time, though not always,

Since that’s inconvenient, most people will want to see it displayed.

How to see my RAM on Windows 10 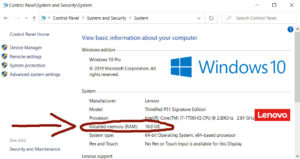 On the start menu type “Control Panel”. Click your control panel. Inside the control panel, click the area called “System and Security”. Here under the ‘System’ header, you’ll see a link called ‘View amount of RAM and processor speed. Click this. Here’ the computer’s RAM can be seen, generally measured in GB which stands for Gigabytes.

How to see my RAM on Windows 8

Click the Start menu or start screen and type in the 3 letters ram. Windows should return an option called ‘View RAM Info”. Click this and you will find the screen that shows the ‘installed RAM’ measured in GB, which stands for Gigabytes.

How to see my RAM on Mac 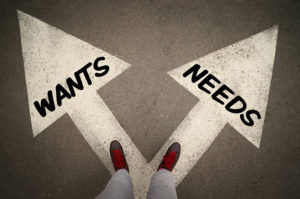 More important than what is computer ram is how much RAM your computer needs depends on what you use your computer for and how much you are willing to accept a slow performing computer. Here’s a breakdown on some common RAM amounts and what they are good for:

Not All RAM is Created Equal 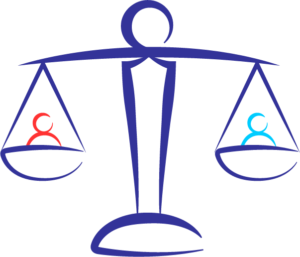 The amount of RAM could be though of as ‘size’. Bigger generally is better, but not size isn’t everything. In the case of RAM, it indicates the carrying load. But not the speed.
One computer using 8GB of DDR4 Ram can be almost twice as fast as another using a different 8GB of DDR4 RAM. How could this be? Because RAM is more than just the load. Also relevant is the clock rate, cycle time, latency and frequency. These combine to create two very important numbers to keep in mind when shopping for RAM: Transfer rate, measured in MT/s and Bandwidth, measured in MB/s. In general, you want the MT/s and MB/s to be as high as possible.

What Computer RAM Type do I have?

Windows users can easily see what their computer RAM is by opening the Task Manager. This can be done by hitting “Ctr + alt + del”. Then clicking the “Details” view. Then clicking performance. Then under the performance tab click the left hand menu option of “Memory”. On the top right corner the computer will display your RAM type and how much RAM you have installed.