In this article when we talk about SDRAM, we are talking about DDR SDRAM, or first generation DDR ram. We have another article that covers how legacy SDRAM is different from DDR SDRAM.

To help understand the differences, we are copying an image from our DDR Timeline page: 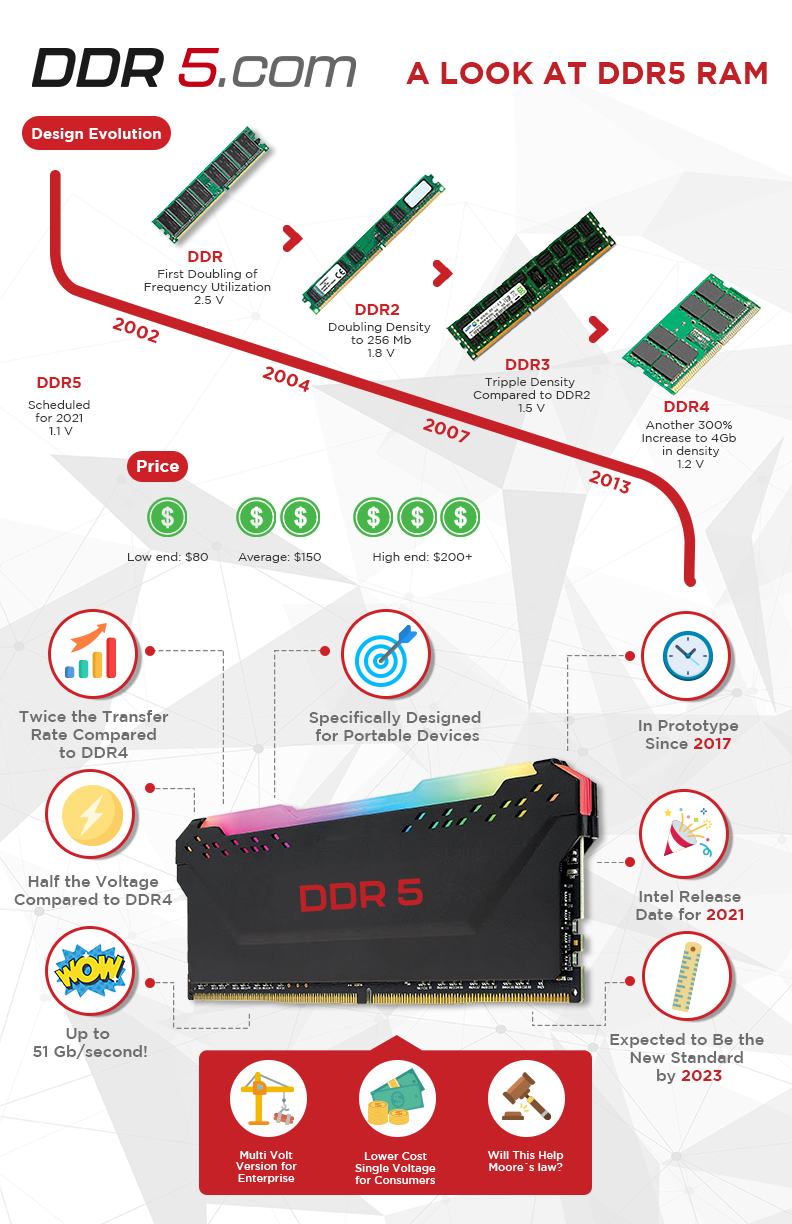 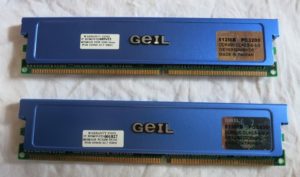 This chip type is a direct descendant of SDR SDRAM. The big difference with the first generation of DDR is that it allows double write. The original legacy SDRAM only allowed one write. But the underlying architecture is the same.

DDR SDRAM came out for the first time in 1997 and was produced by Samsung Corporation. One of the big changes though when DDR came out with the specification of DIMM and SODIMM chip types, for desktops and laptops respectively.

DDR SDRAM were originally produced at the 133MHz clock rate with a 7.5,6 and 5ns/cycle latency. This was marketed as being DDR-266 because of the double writes per cycle, which made it twice as fast as it’s legacy counterpart. Other common clock rates for DDR were 133MHz, 166MHz and 200MHz, which were marketed as DDR-266, DDR 333 and DDR 400.

DDR SDRAM Types and Specs at a Glance: 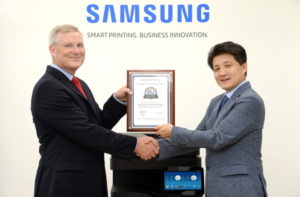 DDR2 SDRAM was originally released in 2001 by the same company that released the first DDR chip: Samsung Corporation. In fact after launching these two chip standards, the JEDEC gave Samsung an award recognizing their work in developing and standardizing Double Data Rate memory microchips.

DDR2 has the same type of Double Data Rate technique used in the original DDR SDRAM technology, known as double pumping. But DDR2 went further by using way less voltage since it runs it’s internal clock at half the speed of the data bus. The new spec also included much higher bus transfer speeds. Combined, these two factors make DD2 almost twice as fast as the first generation DDR ram.

To achieve higher bus transfer rates, Samsung relied on improved electrical interfaces such as on-die termination, prefetch buffers and off-chip drivers. This came at a cost though. Latency increased dramatically from an average fo 2-3 bus cycles on SDRAM to up to 9 cycles on DDR2.

DDR2 clock rates top out officially at about 266MHz, but there has been some DDR2 chips produced for industrial purposes that went up to 800MHz. These higher rate DDR2 chips were never commercially produced. Part of the reason was the decrease in latency that was achieved in later version of DDR SDRAM. This made it so that DDR2 chips that were produced at higher frequencies had negligible improvements in real world testing. JEDEC stated that the new, higher clock rate speeds would not be standardized and this paved the way for chip manufacturers to focus their attention on the soon to be released DDR3.

DDR2 RAM Types and Specs at a Glance 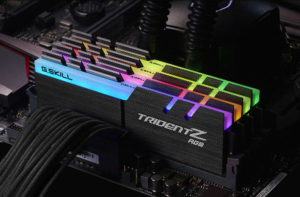 In 2005 Samsung again announced to the world the development of the first stable and working forms of DDR3 SDRAM. This time the change was even more pronounced than last time. Voltage was further reduced from 1.8/1.9 to 1.5/1.35 continuing with the trend of reduced heat dissipation.

While DDR3 maintained the same double write per read system of DDR2, the prefetch buffer went from 4 burst deep to 8. DDR3 manufacturing also took advantage of improvements in the use of manufacturing processes that allow a theoretically higher latency in I/O bus clock cycles to have actual time intervals that are similar to DDR2 latencies, around 10ns.

DR3 uses the same number of pins as DDR2 so manufacturers changed the notch placement to avoid accidental replacement of the incorrect memory module type. Some manufacturers decided to allow compatiblity with both types of RAM. Most notably, Intel’s Skylake microarchitecture created a SO-DIMM package called UniDIMM where DDR3 and/or DDR4 chips could be used.

Voltage did go down. Power consumption however depends on the individual chip and many factors such as type of usage, voltage, heat dissipation inside a computer’s chasis, fan systems, etc. However, on average, Dell’s power adviser calculates that 4GB of DDR3 uses 4 W compared to 4GB of DDR2 using 2.58 W.

DDR3 RAM Types and Specs at a Glance 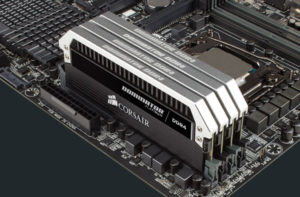 The fundamental ideas for creating DDR4 Computer RAM Memory were originally presented in the 2008 San Francisco conference called Intel Developer Forum (IDF). A guest speaker introduced the concept to the world in describing a 30 nm production process at 1.2v. This was later adjusted in 2013 to 1 V.

In 2009 when DRAM chips were only beginning to approach a 50nm process, Samsung again unveiled a validated 40nm DRAM chip, a significant manufacturing step towards achieving DDR4 standards.

In 2011 Samsung, and shortly there after Hynix released DDR4 memory modules with a 30-39nm process. By late 2012 JEDEC had released specs for DDR4, putting the production of this new memory module into high gear by 2013.

Unfortunately reception for these new products was lack luster. There were several trends working against the release. One of the most commonly cited among industry professionals was the increased popularity in this time of mobile computing, using slower but low powered memory and of course the correlation in the decline of the desktop computer.

Some experts though argue that the increase in chip manufacturer consolidation, both vertical as well as horizontal integration, meant that companies had less motive that drove them to developing and using new standards. During the period of consolidation concerns that had cropped up in the 90s were ignored and anti-trust efforts were greatly diminished.

DDR4 memory both in DIMM and SO-DIMM configurations have the same size as DDR3. The PINs connectors though increased both in number and height. DDR4 uses 288 pins for DIMMs and 260 for SO-DIMMs, vs DDR3 which used 240/204 respectively.

Intel’s Skylake micro architecture created and used a UniDIMM package that allows both the use of DDR3 and DDR4. DDR4 modules are designed with a notch that is placed differently than in DDR3 to avoid accidentally using the wrong type on the wrong system.

DDR4 RAM Types and Specs at a Glance 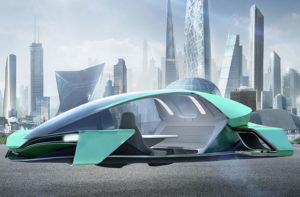 The concept was unleashed in the 2016 IDV (Intel Developer Forum) thought it took until 2017 for the first stable working modules to come out. This time it was an American company that launched first; Rambus in September of 2017. The Koreans came out with their first DDR5 module a little over a year later in November 2018, this time by Sk Hynix. The new memory modules continue with the trend of reduced voltage, this time at 1.1V.

While most manufacturers would love to take advantage of the staggering 51.2 GB/s per module, the current line of chips aren’t available to the public. Intel and AMD must first provide memory controllers to support it. There’s a rumor that AMD is expecting to release this by 2022, while Intel has a road map to deliver their new Sapphire Rapids micro architecture by 2021.